The Easter Day Event 2011 was a Gaia Online event.

As soon as Gaians signed onto the site they were introduced to the event by receiving a Gaia Achievements badge as well as a hidden bunny.

NPC:Diedrich and the NPC:Easter Bunny are in a full-on Easter egg finding feud, and each of them wanted Gaians help. There were hidden eggs around Gaia, some easier to find than others. Gaians who scooped up eggs for their team—won Diedrich and Easter Bunny items—by poking around.

The winner was the Easter Bunny with team, E-Corp. The Easter Bunny proudly boost of his victory but Diedrich feels that he truly won due to being able partake of millions of leftover eggs. 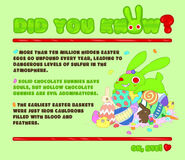 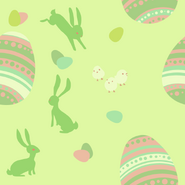 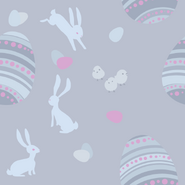 Example of a Gaians being surrounded by bunnies

Gaia Achievements - Awarded to players of our 2011 Easter event who caught one bunny.

Gaia Achievements - Awarded to players of our 2011 Easter event who caught 20 bunnies.

Gaia Achievements - Awarded to players of our 2011 Easter event who caught every possible bunny.

PM from Easter Bunny and Diedrich

Retrieved from "https://gaia.fandom.com/wiki/Easter_Day_Event_2011?oldid=174234"
Community content is available under CC-BY-SA unless otherwise noted.